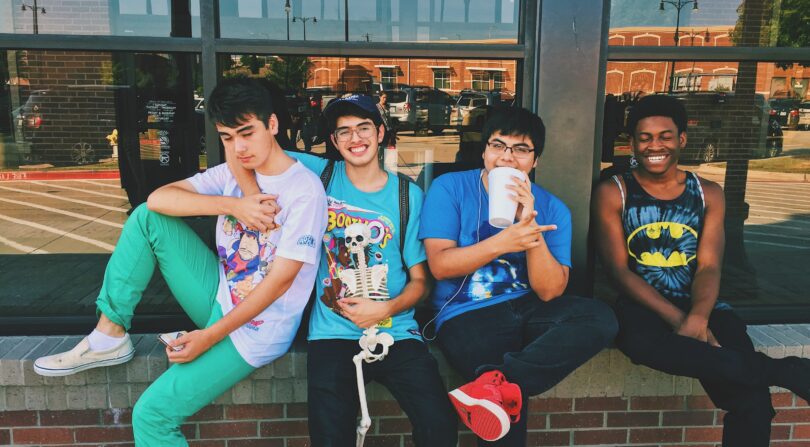 Teen depression has been on the rise for years and due to the increased stress of the COVID epidemic, teens are at even higher risk for depression. In addition, teen suicide rates are also spiking. Therefore, it is more important than ever to speak with the teens in your life to see how they are doing.

Teenagers face a range of pressures as they transition into puberty. With uncertainty and turmoil being considered a “normal” part of growing up, it can be difficult to differentiate between everyday teenage growing pains and depression. Especially today, where teens are exposed to even more information, peer pressure, and bullying due to social media and the internet.

Teen depression is a dangerous condition that has a negative impact on an individual’s life. The good news is that it is treatable, or at the very least manageable. Between the support of healthcare professionals and parents, teenagers are capable of living depression free lives.

Symptoms of Depression in Teenagers

An adult suffering from depression will seek out assistance on their own, but a teenager will rely on parents, teachers and caregivers to recognize their pain and get them the help they are looking for. Therefore, if you know an adolescent, it is important to understand what depression in a teenager looks like and the steps you should take if you spot any warning signs.

Teenage depression can also cause behavioral problems such as: fighting/aggression, defiance, playing truant from school, running away, drug use/alcohol use, risky sexual behavior.

Self-harm is one of the most common warning signs of depression in teenagers. Generally the aim is not to end one’s life; but it is a cry for help and should be taken seriously.

Is it Growing Pains or Teenage Depression?

A certain amount of acting up and moodiness is normal in a growing teenager. However, persistent changes in behavior, personality, and mood are signs of a deeper issue. If you are uncertain as to whether a teen is just acting out or whether they are depressed, examine how extreme the difference in their behavior is and how long it has been going on. Stress and hormones can explain the occasional teenage outburst; however, continuous bouts of irritability, lethargy and unhappiness are cause for concern.

Depression That Leads to Suicide

It is a well known fact that severe depression can lead to suicide. Depressed teens will often think about, discuss and attempt suicide for attention. Unfortunately, a high number of attempted suicides in teenagers are successful. According to the Centers for Disease Control and Prevention (CDC) 4,600 young people between the ages of 10 and 24 take their lives each year. Suicide is the third leading cause of death among youth. If you think a teenager is at immediate risk of taking their life follow these steps:

Causes of Depression in Teenagers

There is always going to be a trigger that will lead to depression in teenagers. These include, but are not limited to the following:

It can be difficult to diagnose depression in teenagers. It is essential that an adolescent is thoroughly assessed by a qualified mental health professional who has been trained to deal with teenagers. An evaluation should take into consideration the complete developmental history of the teenager. It should also include behavior at home, family history, and school performance, as well as a physical examination.

How to Communicate With a Depressed Teenager

Focus on Listening: When communicating with a depressed teenager, there is always going to be an urge to lecture them. This is not a good idea, as it will cause the individual to shut down and stop communicating. You will do better if you just let the teen know you are there for them and allow them to talk. This way you gain more of an understanding about what they are going through.

Be Gentle, But Persevere: A teenager will often shut you out when you first try and talk to them about depression. It can be very difficult for them to open up, even if they want to, because teenagers often find it hard to express their feelings. Don’t try and pressure them into speaking, but do encourage them to speak if they feel inclined to.

Teenagers do not have to deal with depression alone. Help is available in the form of therapy or medication. When the symptoms are recognized, it is essential that you get your teenager the help they need from a licensed professional. If you are a parent or a caregiver, take the time to educate yourself about depression in teenagers, so that you can actively engage in helping the individual overcome it.