Home > Health > what you need to know about Heart Attacks

what you need to know about Heart Attacks 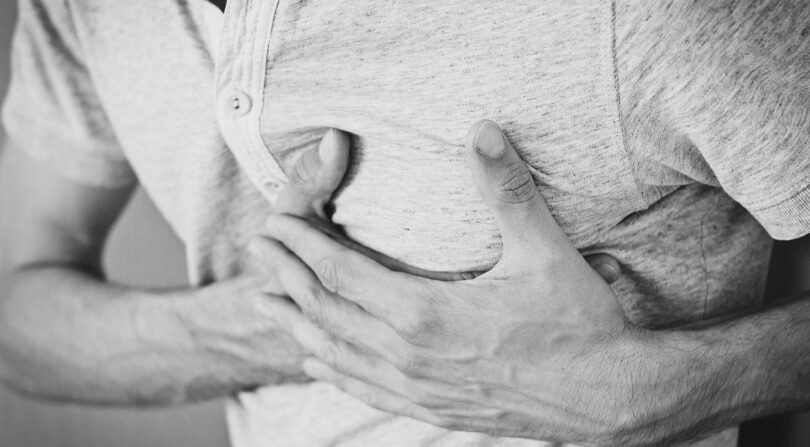 A heart attack, also known as a myocardial infarction, is a common medical emergency in which one of the coronary arteries becomes blocked and the heart loses its supply of oxygen-rich blood. If blood flow is not restored the heart muscle will start to die within 20-40 minutes. Thus, it is imperative that heart attacks be detected and treated as quickly as possible.

When it comes to heart attacks the phrase “time is tissue” is known to medical providers, this is because the quicker the heart attack is treated, the better the chance the patient will survive and the medical team will be able to save as much of the heart tissue as possible.

How common are heart attacks?

What is a Heart Attack?

A heart attack is a serious medical condition that results from a blockage of blood supply to a part of the heart. Generally, the blockage is caused from the buildup of fat, cholesterol, or other substances called plaques in the arteries. When oxygen-rich blood is unable to reach a section of tissue in the heart, this is known as ischemia. When the deprivation of oxygen and nutrients results in damage or death to the heart muscle, this is called a myocardial infarction or “heart attack.” The longer the heart tissue goes without oxygen, the worse off the patient will be.

There are several risk factors that increase the likelihood of developing a heart attack. Lifestyle factors include a western diet, lack of exercise, smoking, and alcohol, all of which can greatly increase your risk of suffering a heart attack during your life. Heart attacks are often fatal, however, the earlier it is identified and treated the better the outcome will be.

After a heart attack occurs the heart can take several weeks to heal and recovery time depends on the severity of the heart muscle damage. Generally, the heart is not permanently damaged from a heart attack and will, at least in-part, heal. Often though, the healing process never returns the heart to its pre-attack state and the heart is weaker, making it unable to pump as much blood as it did before the attack. With the proper treatment plan, as well as lifestyle changes, the heart will heal faster and remain stronger over time.

Every person is different and not everyone has the same symptoms or severity of symptoms. In fact, some people may experience a sudden heart attack without any warning signs or symptoms. This is called a “silent” myocardial infarction. Most people, however, will have several of these signs or symptoms for hours, days, or even weeks before the heart attack occurs. Generally, the earliest warning signaling is chest pain that is triggered by exertion and relieved by rest.

Women may experience different heart attack symptoms than men. For example, women may have a heart attack without any chest pressure. Instead, women often feel short of breath combined with upper back pressure and dizziness, which can sometimes be misdiagnosed as acid reflux, the flu, or just normal aging. Therefore, if you are experiencing any of these symptoms it is important to always confer with a medical professional to ensure that it is not a more serious condition.

Heart attacks are the result of unwanted buildup of plaques within the heart’s arteries or spasm of the arteries. There are certain risk factors that can make unwanted buildup or spasms more likely to occur. These factors include:

Generally, a primary care doctor will screen your risk factors and regularly schedule physical exams to monitor your heart health. In an emergency situation or if you are presenting with symptoms, doctors will perform a variety of tests to identify and confirm if you are having a heart attack. These tests include:

Your medical provider may perform any combination of the above-mentioned tests. Once these tests are performed, your provider will be able to characterize how severe the heart attack was. The severity of heart attacks is divided into two categories: a complete blockage and a partial blockage.

A complete blockage means that the heart attack was caused by a blockage that completely blocked the use of one or more arteries. This type of heart attack is sometimes called a STEMI heart attack, which stands for ST-Elevation Myocardial Infarction.

A partial blockage means that one or more arteries were only partially blocked. This type of heart attack is sometimes called a NSTEMI, which stands for a Non-ST-Elevation Myocardial Infarction.

The treatment required will vary from person to person, but can be divided into two categories; medication or procedural.

Medication given to treat a heart attack includes

Procedures performed to treat a heart attack include:

*Reminder: If you have any typical or atypical symptoms of heart attack make sure you see your medical provider right away or call  911, its better to be safe than sorry when it comes to heart attacks.