Understanding the Brain and Memory 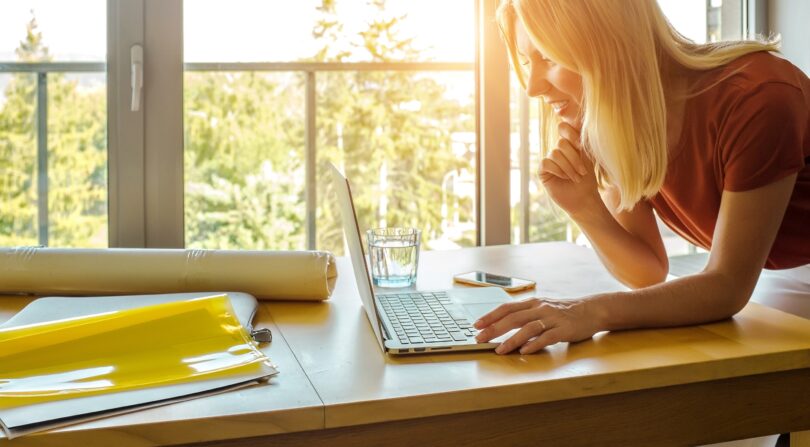 The brain is the most notoriously complex organ in the body. This article will give you a brief overview of how the brain operates, ages, and proposed ways to preserve your think tank.

Let’s start off by busting a myth, no, we don’t only use 10% of the brain. Neurologist Barry Gordon at Johns Hopkins School of Medicine in Baltimore states there is no scientific evidence to back this claim. He states:

The brain does, however, start to shrink with age, but proper diet, exercise, and cognition workouts can reduce this impact.

The brain reaches peak mass at age 20, which is 3 lbs, and by 90 years old about 10% of the mass is lost. This translates to the loss of 2 billion nerve cells by age 50. Mainly from the neocortex where rational thought is concentrated. This means that as we get older our brain shrinks in size and becomes less effective. Also, the hippocampus, which is needed for memory and learning, is one of the first areas of the brain to deteriorate with age.

The most primitive part of the brain is the Limbic system. This is where the hippocampus, along with the amygdala, thalamus and hypothalamus are housed. The Limbic system is involved in memory, mood control, and the production of hormones that facilitate communication between the body and mind.

Although thinking occurs all over the brain, some scientists claim that rational thought in the neocortex and memory storage in the hippocampus have the biggest impacts on cognition. When we need to take in info and make a decision, that is mainly done by the neocortex, which is the largest portion of the cerebral cortex. Meanwhile, memory is stored in the hippocampus, which as we already discussed, is part of the limbic system.

Other areas of thinking include the prefrontal cortex, which houses the frontal lobe. The frontal lobe is needed for interpersonal thinking skills, social interaction, and emotions. The inferior frontal gyrus, which is part of the frontal lobe, uses baseline knowledge to facilitate response inhibition (being able to stop an impulse), creative thinking, speech, and language. The temporal lobe is needed for vision, sensory input, hearing, and word recognition (understanding speech). The parietal lobe is where math and analytical skills are mainly found, it is also where sensory input of the bodies location and interpreting visual information occurs.

Today you hear many people talking about storing memory on the cloud, on DNA, or even going as far as brain transplant in order to capture and preserve memories. While there are still missing pieces on how exactly memory works, we do have a general idea on how and where it’s stored.

The most common forms of memory are sensory, short-term, and the more permanent long-term memory. Sensory memory is the shortest of all the memories, it is like seeing the face of a stranger while walking on the street, but then not thinking of, or seeing that face again. Most sensory memory is that of visual and sound.

Short term memory is new information that we recently acquired and goes to a holding tank in the medial temporal lobe. Say we are trying to remember a phone number, we can hold that data for long enough to repeat it, but if we don’t keep using that number we won’t remember it. On the other hand, if that short term memory is reinforced, it will go to long term. Nitric oxide is the hormone needed to take short term to long term. It is agreed that long-term memories are not stored in just one part of the brain, but are widely distributed throughout the cortex. The memories are stored as groups of neurons that are programmed to fire together in the same pattern that created the original memory.

It is also thought that the same memory can be stored more than once, like a backup drive, so if one pathway gets destroyed, there is another way to access that memory.

Thus, in order for us to store memory, we would need to figure out how to access the various parts of the brain associated with that memory and replicate those encoded processes.

In addition, memory is constantly changing as we continue to take in new data. New neuron pathways are regularly being put down as we learn new things or change our opinion on old thoughts. Whether this means we are editing old memories or storing new ones is not agreed upon by scientists.

Another thing scientists don’t agree on is if memories can disappear from the brain or if all memories stay in the brain, but the neural pathways that lead us to their retrieval become broken.

It is also postulated that memories stored with high emotional content are imprinted in the brain more permanently. Thus memories linked to traumatic events or great loves are strong memories. There are, however, studies that beta blockers can possibly be used to reduce the emotional impact on memories to make them more open to editing or restructuring.

The most common first sign of aging in the brain is the dysfunction of transporting short term memory to long term. For example, the “where did I put the keys?” scenario.

In this case, the neuron pathways from short to long term are not paved for one of two reasons; 1) not enough nitric oxidation or 2) neuron death has taken place that disrupts the pathway.

Neurons are very sensitive to their environment and the brain must have adequate glucose (energy) to survive. If there is a lack of glucose, resulting in a change in the level of ATP (energy), then neurotransmitters can stay in the junctions between the neurons, which can lead to overexcited nerves and eventually nerve death.

Nerve cells can also be killed by overexposure of glucose to the nerve. Glucose receptors are very sensitive, but there is no hormone receptor for controlling glucose toxicity in the brain. Thus, we must control the glucose in the blood to make sure too much glucose is not going to the brain.

On the flip side, when there is not enough glucose in the brain, then glucagon will turn glycogen in the liver into glucose to increase the level of sugar in the blood and thus, the brain. If glycogen stores are depleted then cortisol will be called to duty.

Cortisol increases blood glucose levels, but excess cortisol is the brains worst enemy. Receptors, mainly in the hippocampus, are killed if too much cortisol is circulating. Hippocampus neuron death makes it impossible to receive info from the body and flow it to the hypothalamus, which regulates the body hormones. As we know hormones have a huge impact on the entire system and thus this malfunction can wreak havoc on our health.

Cortisol also reduces the glucose uptake in the hippocampus nerves, which again can lead to damage as too much glucose can harm the nerves. As we started earlier, loss of hippocampus neurons makes it difficult to bring the short term to long term memory, which is why memory loss is an early symptom of aging and hormone control has a significant impact on the brain.

In addition, much memory loss is due to mini-strokes, which are caused by loss of blood flow in the brain. Good eicosanoids increase blood flow and as blood flow is increased the chance of blockage is decreased.

So how does healthy living help the brain?

There is no magic pill, if you want your brain to be healthy, the answer is pretty much the same as any other part of the body. With eating right, exercise, and avoiding environmental toxins, we can significantly improve the brains outcome in aging and function.

Diets high in trans and saturated fats are shown to have a negative impact on brain function. One study on the effect of fat on the brain found that those who consumed 13g sat fat per day had a 3x lower risk for alzheimer’s compared to someone who had 25g saturated fat per day. Another study followed 1,000 adults, at an average age of 50, for 21 years to see the effect of fat on mild cognitive impairment. They found those who ate less than 21 grams sat fat per day had less brain issues and impairments then those who consumed over 21 grams.

As we said earlier, neurons in the brain are very sensitive to their environment and the brain must have adequate energy, in the form of glucose to survive. However too much or too little glucose can lead to issues. If we are not eating properly and our sugar levels are spiking up and down all day this can lead to problems such as fatigue, foggy thinking, and even anxiety.

Exercise and a well balanced diet will help keep glucose levels stable. Diet is the most important factor here; making sure to consume complex carbs over simple carbs. Exercise is also helpful in moderation, around 3-5x per week. Too much or too little exercise can create free radicals.

Again, diet is a key factor in brain health. Having a balanced diet with plenty of vegetables, lean proteins, nuts, seeds and moderate amounts of healthy fats and fruits will reduce inflammation in the body.  Studies on Alzheimer patients have shown that those who followed a restrictive anti-inflammatory diet showed significant improvement in brain function.

Learning, puzzling, math problems, playing an instrument, practicing a foreign language, etc, the more we use our brain and keep it sharp, the better it will hold up in the long term.

There are many new research studies popping up on brain health. One of the more “out there” theories looked at the infusions of blood from young mice into older mice for “the fountain of youth effect.” The study showed that old mice who received young blood had a significant burst of brain cell growth, causing some to claim young blood can improve brain function in the elderly.