Home > Food > Eating Disorders > The Journey to Recovering from Bulimia

The Journey to Recovering from Bulimia 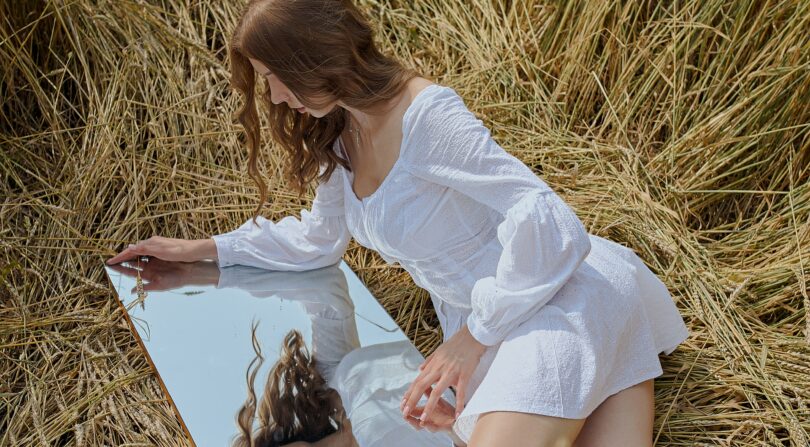 Born overweight, everyone in the family was happy to hug and kiss those chubby cheeks and tickle that “bulky” tummy. While it was funny when I understood nothing, everything changed when I turned 8. That was the time I first realized that I’m too “heavy” for my age. I went through periods when I ate a piece of bread and drank a glass of water a day to lose weight fast. I refused to eat and that led to my first eating disorder that’s called nervosa anorexia. Luckily, I recovered from that disorder successfully.

I didn’t have any serious problems with food until I experienced the first signs of bulimia. I was 15 and had no idea that I was developing a new, dangerous disorder. It was my mom’s birthday and I gulped all those meals and treats with enthusiasm and pleasure I thought, but I just couldn’t stop eating until my stomach ached. When I felt a huge discomfort in my stomach, I walked to the bathroom in horrible pain. I stood over the toilet, sliding my fingers down my throat and regurgitated the food to relieve the pain.

After that first time it became a pattern. At least twice each day I would overeat then puke. I tried to hide my after meal bathroom walks from my parents. I knew something was wrong with me, but I thought, “this is the last time I eat till my stomach ached” each time I ran to the bathroom. But every time I started eating, I couldn’t stop. My bulimia symptoms got worse when I went to the college.

In the beginning, I thought it was fun that I could tons of favorite foods and then eliminate them from my stomach shortly after. It was like a game I played with myself. I didn’t actually know it was called bulimia until I started working as a translator in a local editorial office. The editor-in-chief caught me vomiting in the bathroom after I snacked on a shocking amount of food.

“Well, nope. Maybe, I said to myself. That was the moment when I first began to research what bulimia was and what it could do to my body.

Bulimia is an eating disorder similar to binging, but unlike a binge-eating disorder, it followed by purging – typically vomiting. Although people suffering from this eating disorder have a strong fear of putting on weight, I couldn’t say I had that fear. People with bulimia can be both underweight and overweight and they have trouble realizing that they’re having a serious mental illness and a terrible relationship with food. They often feel trapped in an addictive relationship with a variety of food and consider it a part of life like I did.

Since most people with bulimia are of normal weight and slightly overweight, their obsessive bingeing may be considered normal or minimized by people around them. Actually, no one in the school, college, and even home had ever noticed my bulimia symptoms. My mom was happy I was a great eater and, of course, no one could think what I was doing in the bathroom after each meal.

People with bulimia tend to show different symptoms, but one thing they certainly have in common is the blend of enjoyment and disappointment from eating. One moment you enjoy your meal and you can’t stop eating because you love the process. The next moment, you realize that the food is the major reason for your weight problems and the source of your lifestyle troubles.

Apart from excessive eating and vomiting, a person with bulimia can have:

The major signs of bulimia include:

I experienced the majority of these signs and symptoms and I’d honestly say that I failed to overcome this disorder all alone. When I went to a hospital, my doctor confirmed my diagnosis with the following factors:

I was astonished by how one eating disorder could cause so much harm to my overall health – basically, because I didn’t seek medical help at the beginning of my journey to recovering from bulimia.

The Most Important Lessons Bulimia Taught Me

After two eating disorders, I’m sure I won’t have the third one. Whether I want it or not, the damage I’ve done to my body is now irreversible, but I learned my lesson. Here’s what I’ll remember for the rest of my life:

1. It’s vital to love your body and all its flaws

I was both underweight and overweight and you know what? I didn’t feel happy or confident about my body. I had been disrespecting my body for quite a long time before I was able to accept its flaws and love it. I learned how to feel a joy rather than sadness when looking at myself in the mirror. When recovering from bulimia, my doctor didn’t stop telling me how it was important to respect my body.

Oftentimes, we fail to realize that our body is the most wonderful thing we all have in life. We just don’t understand that the body is a unique vehicle for experiencing the blissful time on earth. Loving your body, investing in it, respecting it, and accepting it is a part of your life. Bulimia changed my body in a horrible way, but it taught me to love my body even when it’s “horrible.”

I was guilty of talking about myself negatively and then I treated myself to lots of foods that I loved. After eating till aching, I felt guilty of binge eating so I immediately tried to get rid of those fats and calories by purging.

3. Fears prevent us from enjoying the present moment

Anyone who lived or lives with bulimia would understand me for sure. That’s an extremely exhausting way of living. Not only does such a lifestyle drains the energy, but also stimulates the fear development. I had so many fears while suffering and then recovering from bulimia that I can hardly remember what happened a year or two ago. All I could worry about was my disorder, weight, and well-being. Apart from learning how to eat mindfully, I had to fight my fears of losing or gaining too much weight, getting sick and probably developing cancer, and eating. I dreaded each meal time and was even afraid to take a spoon or a fork.

Fears are mentally exhausting, so it’s important to acknowledge and overcome them. When you live a life with little to no fears, you’re able to be and enjoy the present moment. You’re able to spend every minute of your day doing the things that make you happy, including having your breakfast or dinner.

4. The body is the best ally

Building a healthy relationship with the foods when recovering from bulimia nervosa is one of the biggest challenges out there. It’s impossible to do without discovering your body and its needs – especially when it comes to food consumption.

With so many deceptive marketing practices and distractions, a grocery store or supermarket is the place where both destructive and wholesome decisions begin. When you go grocery shopping correctly, you can’t tell that you spend your entire paycheck on the foods. When I suffered from bulimia, I often ended up using my credit card to purchase more food. I had to work extra hard to pay off those debts, but it seemed they never vanished.

During the recovery process, I turned to a nutritionist who helped me to do grocery shopping without running into debts. It involves creating a weekly meal plan and buying the foods accordingly. This, in turn, taught me to practice portion control.

Portion control… These are the two words that every person with eating disorder dreads. Since I used to eat till my stomach aches, it too a lot of time, patience, and practice before I learned how to size up healthy servings and avoid overeating. There are hand symbols that help to measure the amount of food you can eat. Plus, I swapped my oversized plates for smaller one to trick my eyes into thinking I’m eating a “pile” of food.

I remember chowing down my meals and snacks in a few minutes before I ran to the bathroom to purge it. Eating quickly leads to overeating. The thing is, the stomach and brain register the feelings of fullness after around 15-20 minutes. Eating slowly helps to counter this outcome by letting you plug into the satiety cues of the body, giving it enough time to find out that it’s already full.

Today, I don’t just wolf down the food. I enjoy how it tastes and smells. I chew mindfully, figuring out the taste of each ingredient in the meal. I breathe after every 2 spoons and give myself room to feel filled up and nourished.

My own experience shows that people with bulimia have trouble stopping eating when they’re no longer hungry. That’s why I believe it’s a smart decision to include a practice of mindful eating in the recovery process.

If you’re trying to recover from bulimia nervosa, I recommend seeking a professional help that involves meal planning as well. A nutritionist will help you create the right eating plan for you that you’ll have to stick to. It was hard for me to follow my meal plan, but with a professional help, the process became less complicated.

Bulimia is an emotional issue, which is mostly related to self-image. I’m sure that my inner thoughts and confused relationship with food led me to my eating disorder. Through this experience, I have learned to eat better and live a healthier life. I finally start seeing my beauty from inside out. Bulimia changed my life so much that it let me reconsider all aspects of my life. I created healthy boundaries for myself and now try to help others with eating disorders learn more about nutrition and health.

Most importantly, I try to let those people know that there’s nothing to be ashamed of and they’re not alone. Eating disorder is becoming a problem of the modern society so spreading a word is necessary.

To all you struggling out there…. don’t give up, self love is just around the corner