The downside to depression medications 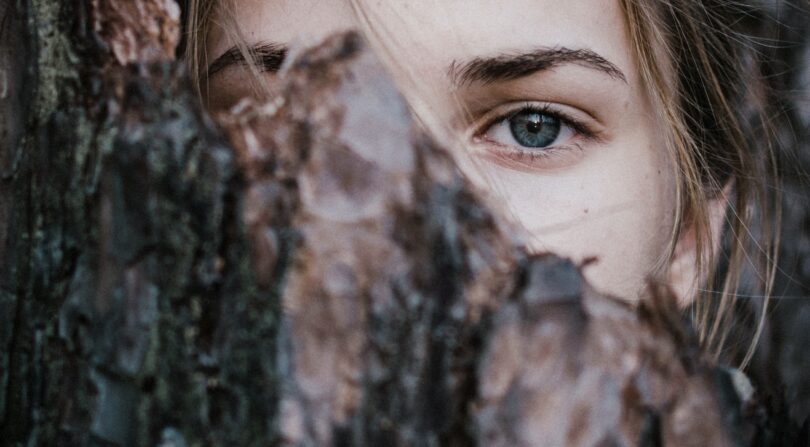 Depression is a serious health condition and its treatment requires medical attention. Although there are other modalities to treating depression, such as therapy, meditation, and lifestyle modifications, the use of antidepressant medications remains the most commonly used way of relieving depression symptoms. However, their use is not free of unwanted side effects.

This article will look at the potential side effects of antidepressant medications use. We will also explain the possible complications and provide tips on how to manage the undesired consequences of depression treatment.

The antidepressants therapy is usually a long-term treatment. In cases of severe depression, the treatment can last throughout the entire life.

The use of antidepressants is connected with various side effects. The most important ones are:

Dry mouth or xerostomia often appears as a side effect of antidepressants therapy. The condition itself is sometimes unrecognized and, in most cases, left untreated. Unfortunately, when it is not treated, xerostomia can seriously affect the health and the quality of life of the patient.

A long-term use of antidepressants leads to the development of dry mouth symptoms in more than one-third of all cases. Very often, the doctors focus primarily on the depression treatment and choose to disregard this uncomfortable side effect.

Saliva has an antimicrobial and lubricating function. It also assists with cleaning and food removal inside the mouth. The lack of saliva diminishes its protective role. Complications related to dry mouth are:

The symptoms of dry mouth can be relieved by drinking more water, chewing a sugar-free gum, avoiding alcohol and tobacco, breathing more through the nose, and using a moisturizing mouth spray.

To avoid complications, it is recommended to take good care of the mouth hygiene by brushing, flossing, and seeing a dentist regularly.

Diarrhea is a common side effect of antidepressants treatment. It affects the one-in-ten of all patients, on average. The highest incidence of diarrhea is recorded in patients who are using selective serotonin reuptake inhibitors (SSRIs) such as Sertraline (Zoloft) and Fluoxetine (Prozac).

When diarrhea is caused by the antidepressants therapy it tends to last longer than usual. However, this does not mean that the treatment should be stopped. Diarrhea should be addressed with other medications and alterations in antidepressants intake (e.g. taking them with food).

Opposite from diarrhea, constipation can also appear as a side effect of antidepressants treatment. Constipation is characterized by the inability to pass stool or a less frequent bowel movement.

Tricyclic antidepressants such as Imipramine, Amitriptyline, and Doxepin are commonly associated with causing constipation. These drugs successfully block acetylcholine, the neurotransmitter responsible for muscular contractions. When acetylcholine is blocked the bowel movement becomes less frequent and slower, resulting in constipation.

Symptoms of constipation include:

There are certain self-help measures which can sometimes relieve constipation, such as:

The use of certain antidepressants can suppress the feeling of hunger, cause a lack of appetite, and lead to weight loss. These effects can be temporary (only at the beginning of treatment) or long-lasting (throughout the entire course of treatment).

Antidepressants which are commonly associated with the loss of appetite are Fluoxetine (Prozac) and Bupropion (Wellbutrin).

The therapy with Prozac, which increases the serotonin levels in the brain, usually causes temporary loss of appetite.

Wellbutrin, on the other hand, affects the levels of dopamine and noradrenaline. Its use in the depression treatment can cause a long-lasting loss of appetite.

Nausea is considered to be a normal consequence of antidepressants treatment. It is a very common side effect and the one experienced by the largest number of patients. Nausea is often accompanied by vomiting.

Some selective serotonin reuptake inhibitors (SSRIs), such as Fluvoxamine (Luvox), Sertraline (Zoloft), and Fluoxetine (Prozac) are often associated with nausea.

The symptoms of nausea are most severe at the beginning of treatment and they tend to improve later on. Here are some helpful tips for combating nausea caused by antidepressant treatment:

Antidepressants are known to sometime cause dizziness in patients. There are some general precaution measures which all people who are experiencing dizziness should take. These include:

Sleepiness during daytime can be caused by the sedative effect of the antidepressant or by the inability to sleep during the night.

People who are experiencing sleepiness should avoid other substances with the sedative effect such as alcohol. They should also avoid driving. Getting more exercise, having a nap during the day, and taking the antidepressants at bedtime are also helpful methods for battling sleepiness.

In some cases, antidepressants can cause a disturbance of sleep. This is especially true for those antidepressants which affect the levels of serotonin and acetylcholine, the neurotransmitters with major roles in REM sleep initiation.

Insomnia is a common side effect of antidepressants’ use. It is characterized by difficulties with getting to sleep or staying asleep. The usual consequences of insomnia are fatigue and daytime sleepiness.

These are some good self-help tips for those suffering from insomnia:

Headaches are among the most common symptoms reported by patients at the very beginning of their treatment with antidepressant medications. SSRIs are the type of antidepressants most often associated with migraines. It is suspected that the reason for this is the existing connection between migraines and low serotonin levels.

It is not uncommon for people suffering from depression to experience frequent headaches. This is the reason why some of them might be using other medications intended for migraine treatment, such as triptans. Since both SSRIs and triptans alter the levels of serotonin in the brain, the combination of the two can be a cause for migraines.

Headaches are often accompanied by other antidepressants’ side effects like insomnia, sleepiness, and fatigue. If you are experiencing unusual headaches at the beginning of your anti-depression treatment you should consult your doctor about the most suitable therapy.

Depression affects both genders and one of the most frequently reported side effects is the decreased libido or low sex drive.

All types of antidepressants are associated with sexual side effects. However, some of them are more problematic than others:

The desired effect of antidepressants is the sense of lowered anxiety, stability, and calm. When achieved, the effects of antidepressants successfully relieve the depression symptoms but they also lower the libido by preventing the sex hormones from sending messages to the brain.

Women on antidepressants treatment usually report lack of sexual desire and discomfort during intercourse caused by delay lubrication or inability to achieve an orgasm.

In a majority of cases, men commonly experience erectile dysfunction or the inability to maintain an erection. Other side effects in men include being unable to achieve an orgasm and a low sperm count.

Lowering the dosage of the medication and customizing the time of its intake according to your personal needs are some of the methods which can help to relieve the sexual side effects of antidepressants treatment.

Some antidepressants such as Nardil, Remeron, Paxil, and Tofranil are considered more likely to cause weight gain. Other factors which can lead to weight gain during depression treatment are:

Controlling the weight during depression treatment might be more challenging but is not much different from watching the weight in other circumstances.

Increasing the activity levels and eating a balanced diet are the best ways to maintain a healthy weight. If you believe that the medications you are using are a direct cause for weight gain, consult your doctor about the possible alternatives.

Excessive sweating or hyperhidrosis is a stressful condition sometimes associated with the use of antidepressants. Most of these medications have been reported to cause excessive sweating, with around one in every ten patients experiencing the problem.

The results of the study show that the hyperhidrosis effect is not dose-dependent and no difference in the effects was recorded in patients with different diagnosis (depression, anxiety, OCD). There were, however, differences between different medications. For example, fluvoxamine is less likely to cause hyperhidrosis compared to other SSRIs.

If you are experiencing excessive sweating you should consult your doctor about available treatments.

Serotonin syndrome is a common name for a group of rare but serious side effects associated with the use of SSRIs and SNRIs. These antidepressants alter the serotonin levels in the brain. When, in some cases, these levels become too high symptoms such as confusion, shivering, muscle twitching, sweating, and agitation can appear.

The experience of any of these symptoms is a clear indicator that you should stop taking the medication. In an uncommon scenario of extremely high serotonin levels, the severe serotonin syndrome symptoms such as arrhythmia, seizures, and unconsciousness can occur.  Such symptoms require emergency medical assistance.

The use of SSRIs can sometimes affect the levels of fluid and sodium in the body. This happens when SSRIs block the hormone which regulates these levels. The common consequence is a drop in sodium levels, a condition called hyponatremia.

Hyponatremia usually affects elderly people who are using antidepressants. With the already impaired ability to regulate fluid levels, due to their age, older people are more likely to experience the build-up of fluids inside the cells as a consequence of hyponatremia.

Depending on its severity, this condition can cause symptoms such as:

Hyponatremia is usually treated by intravenous infusion of a sodium solution.

Suicidal thoughts are rare, but one of the most serious side effects of antidepressants use. Younger people are more likely to report suicidal thoughts or a self-harm desire during depression treatment.

This symptom should be taken very seriously and people who experience suicidal thoughts should seek medical help immediately.

Depression treatment can be a complex combination of different types of therapy. In most cases, antidepressants are the fastest and the most effective way of relieving depression symptoms. However, the use of these medications is associated with certain side effects which are often not properly addressed.