Is Good and Bad Cholesterol Real? 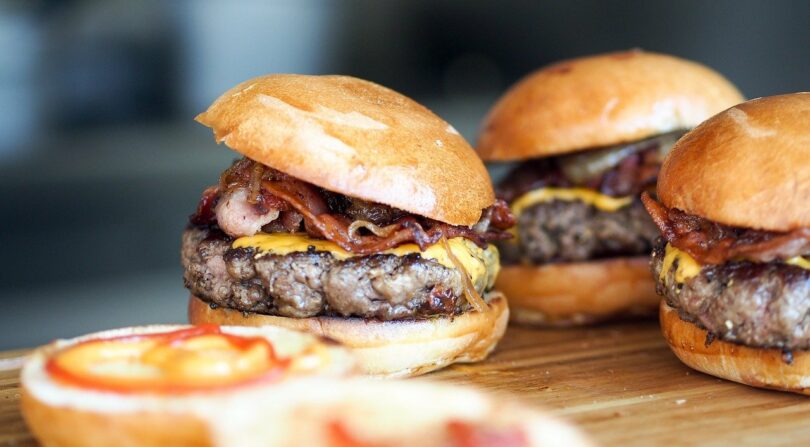 This was regarded to be true – up until current research. Recently, scientists have started questioning the conventional view of good and bad cholesterol, claiming that this belief might be part of the reason for the recent rise in coronary heart diseases.

Before we dive into this discussion, let us first understand what cholesterol is and what we mean when we say ‘good’ and ‘bad’ cholesterol.

The foods we eat contain fats in the form of triglycerides. When we eat a meal rich in fats, such as dairy products or meat, the fats are absorbed as triglycerides, and the number of triglycerides in the blood remain high for a few days after eating the meal. After some time, the liver packages these triglycerides and converts some of them into cholesterol, a waxy fat-like substance that is stored in adipose tissues.

Apart from this stored form, cholesterol is present in all cells of the body. It is used as a building block for making various hormones, some vitamins (D), and digestive juices that help break down fats in the food we eat.

There’s no doubt that cholesterol is imperative for many bodily functions, but when levels become too high, it starts to deposit and accumulate in blood vessels. This narrows the diameter of the vessels passage way and is a common cause of many vascular and heart-related diseases, such as angina, stroke, and heart attacks.

The Concept of Good and Bad Cholesterol

High-density lipoprotein, or HDL, is what doctors normally refer to as ‘good’ cholesterol. This is because an association between high levels of HDL and a lower risk of heart disease, vascular disease, and stroke has been established by many research studies. Therefore, HDL is believed to have a protective role against damage to blood vessels and various complications related to the heart.

On the other hand, low-density lipoprotein, or LDL cholesterol, is what doctors call ‘bad’ cholesterol. Elevated LDL levels in the blood are regarded as the primary risk factor for atherosclerosis, which are the fatty deposits that clog arteries.

Narrow arteries make the movement of blood difficult, which makes the heart work harder to pump blood efficiently around the body. This increases the risk of developing angina, heart disease, artery disease, and even stroke.

Experts also believe that HDL plays the part of a scavenger. HDL transports one-third to one-fourth of LDL cholesterol in the blood away from arteries and back to the liver, where it is broken down and removed from the body as waste.

But Are There Really Good and Bad Cholesterols?

Now that we’ve understood what cholesterol is and what LDL and HDL do, let’s talk about the recent debate on their roles in heart health.

In 2017, cardiologist Dr. Robert Du Broff shared some new findings in the journal Evidence-Based Medicine. According to his research, a trial of the drug evacetrapib, given to high-risk patients with coronary heart disease, reduced LDL cholesterol by 37% but did not reduce patient mortality (death rate). He, therefore, stated that this adds to the growing evidence that challenges the ‘cholesterol hypothesis’ and might have instead led to the drastic rise in coronary heart diseases.

Another study, consisting of 135,000 adults and published in the journal Lancet, concluded that “high carbohydrate intake was associated with a high risk of total deaths, where total fat and individual types of fat intakes were related to lower total death rate.”

Studies such as these have created major doubts in the theory of ‘good’ and ‘bad’ cholesterol and their roles in cardiovascular disease. Doctors are now shifting the blame to carbohydrates instead. Carbohydrates, also known as saccharides, are the sugars or starches found in grains, fruits, vegetables, and milk products. Carbohydrates are the main source of energy for most organisms, but also are a major source of inflammation in the body when consumed in excess.

According to UK-based researcher, Dr. Zoe Harcombe, who has written extensively about the benefits of cholesterol on health, it is an excess of carbohydrates, which leads to inflammation, that poses the most risk to the heart. She argues that the body would die instantly without cholesterol since it is vital for many important functions such as hormone production, brain function, memory, and even digestion. She further claims that the body itself makes cholesterol, and the brain stores about 25% of it, further highlighting its importance to the body.

Irish Heart’s dietitian Sarah Noone says that referring to cholesterol as ‘good’ or ‘bad’ is scientific, but not for health reasons. She explains: LDL (bad) cholesterol transports cholesterol from the liver to cells that need it, but an excessive amount of LDL in the blood can accumulate in blood vessels. This is where the ‘good’ or HDL cholesterol comes in. HDL transports cholesterol from cells back to the liver for breakdown and removal. It is for this reason that they’ve been termed good and bad – LDL is bad since it can accumulate and cause harm to arteries, and HDL is good because it keeps transporting excess amounts back to the liver.

But how can we be sure? After all, the theory of ‘good’ and ‘bad’ cholesterol has existed for ages!

Dr. Neville Wilson, Medical Director of the Leinster Clinic, might have the answer: “All cholesterol is good, and in some cases, low concentrations of cholesterol may compromise health.”

First, Dr. Wilson corrects that cholesterol is an alcohol and not fat; therefore, it cannot cause ‘fatty plugs’ that block arteries. According to him, all lipoproteins in the body serve important functions, even the bad LDL cholesterol. LDL plays an important role in protecting against certain bacterial infections, especially among the elderly, which is why Dr. Wilson says they shouldn’t be given cholesterol-lowering drugs.

However, he also points out that both LDL and HDL cholesterol can be damaged due to exposure to toxins or unhealthy lifestyles that includes habits like smoking or high sugar consumption. This can lead to arterial wall inflammation, plaque formation, and ultimately cardiovascular disease. Obviously, cholesterol cannot be blamed as the only factor here.

Citing a study similar to the one conducted by cardiologist Dr. Robert Du Broff, Dr. Wilson concludes that in their undamaged state, both LDL and HDL cholesterol perform crucial physiological functions, and neither is good or bad.

Dr. Harcombe further defends the concept that LDL cholesterol isn’t bad. “With damaged arteries, the LDL-C taxi cabs transport lipids to the scene of the damage to repair it. They didn’t cause the damage. Firefighters attend fires; they don’t cause them. LDLs are firefighters.”

Being blunt, she states that calling HDL ‘good cholesterol’ is ignorant. HDL is famously known as the ‘scavenger’; however, it simply picks up those lipids that were transported from the liver by LDL and weren’t used. So we can’t give HDL the entire credit for being ‘good.’

Highlighting a study conducted in 2009, in which 75% of adults hospitalized for heart attacks had low levels of LDL cholesterol, Dr. Harcombe cans the idea that LDL cholesterol is a risk factor for cardiovascular disease. Similarly, a 2016 report in the journal BMJ Open examined 19 studies involving 68,000 elderly individuals and discovered that high LDL cholesterol was associated with a lower death rate, concluding that the results were “inconsistent with the cholesterol hypothesis.”

Dr. Wilson supports this notion and says that high cholesterol isn’t a ‘cholesterol’ problem, but might indicate a reversible problem somewhere else, such as a hormonal dysfunction, high blood pressure, massive inflammation, or simply high HDL cholesterol in a healthy individual.

With evidence for the cholesterol hypothesis coming under fire within the scientific community, and with the public continuously arguing over the best dietary advice, there is at least one positive message we can all agree upon – to help reduce the risk of cardiovascular disease and keep both our carbohydrate and cholesterol levels in check, we must avoid processed and sugary foods, smoking, alcohol, and add in more physical activity. After all, the key to staying fit is a healthy and balanced lifestyle, no matter what ‘good’ or ‘bad’ things lie within.