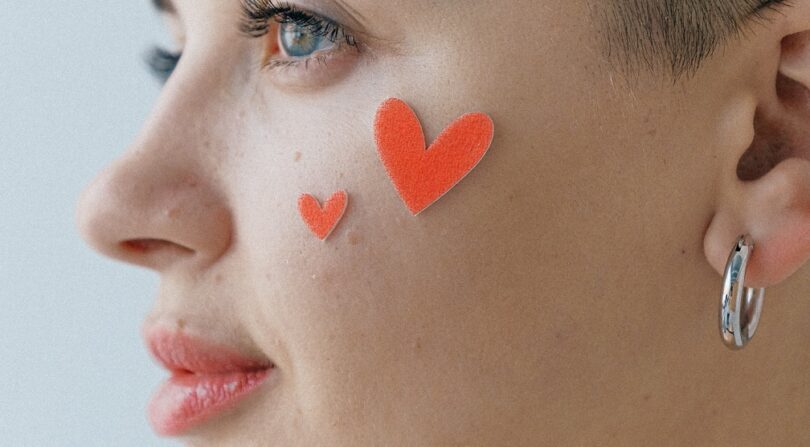 Both men and women who are sexually active have a high chance of becoming infected with the Human Papillomavirus (HPV) at one point during their lifetime. HPV infection is the most common sexually transmitted viral infection and some forms are associated with various cancers.

The types of cancer associated with the HPV infection are the cancers of the anus, penis, vagina, and vulva. However, these cancers are rare. Cervical cancer is the type most often caused by Human Papillomavirus infection. Statistics show that around seventy percent of all cervical cancer cases are a direct consequence of an HPV infection.

There are more than 170 types of Human Papillomavirus, but not all of them are transmitted sexually and, out of those which are, only two are associated with causing cervical cancer. These are the HPV16 and HPV18 types.

Two of the other types, the HPV6 and HPV11, are known to cause the appearance of genital warts or the growth of benign tumors (papilloma) inside the aerodigestive tract. This rare condition is known as laryngeal papillomatosis.

The rest of the sexually transmitted HPV infection types usually resolve without any symptoms and have not been found to cause significant health problems.

HPV infection is the most common sexually transmitted condition globally and it only affects humans. However, penetration during the sexual intercourse is not necessary for the HPV to be transmitted, as it can be passed by prolonged skin contact as well. HPV cannot be transmitted through the shared used of items such as toilet seats.

There are vaccines available for the common types of HPV. These vaccines are most effective before the infection has occurred. For this reason, they are usually administered before the age of 13, to both men and women.

Because of the high rate of HPV caused cervical cancer cases, women are especially advised to attend regular screenings of the cervix for potential precancerous lesions and early cancers. Papanicolaou test (Pap smear) is a highly reliable method for early detection of such changes.

What is HPV cervical cancer?

HPV cervical cancer is a type of cancer that develops in the part of the uterus known as the cervix due to a HPV infection. The cervix is located at the lower end of the uterus and it connects it with the vagina.

When the immune system is unable to resolve the HPV infection of the oncogenic type (HPV16 or HPV18), and that infection persists for years, the virus can cause some of the cervix cells to change and become cancer cells.

Testing for HPV, regular screening (Pap test) at least once in three years, and vaccination before becoming sexually active are all very reliable methods of HPV cancer prevention.

The risk factors for HPV cervical cancer can be divided into two main groups:

The major HPV infection risk factors are as follows:

As HPV is the most common sexually transmitted viral infection, having a larger number and a frequent change of sexual partners’ increases the risk of contracting the infection. The same goes for having a sexual partner who has previously had multiple sexual partners.

This kind of personal contact increases the risk of HPV infection. Especially if you are in contact with someone’s warts, having unprotected sex, or have open skin injuries such as scratches, punctures, and cuts.

Certain studies have shown that there is a connection between active smoking and increased risk of HPV infection. Furthermore, smoking also increases the risk of cervical intraepithelial neoplasia grade 3, a cervical cancer precursor, in women with oncogenic HPV.

A weak immune system is a predisposition for various infections. HPV infection is no exception. There are many reasons for the immune system weakness. Good examples are the immunosuppressive drugs used after organ transplantation surgery, existing HIV infection, low-protein diet, diabetes mellitus, and others.

The following are the cervical cancer risk factors.

Symptoms of cervical cancer
Cervical cancer symptoms, especially at an early stage, are not always clearly manifested. This is why prevention and regular screenings are very important for successful treatment. But, we will talk about that more, later in this article.

When the symptoms do exist they usually involve the following.

All of these symptoms can sometimes be present at the early stage of cervical cancer and they require urgent medical attention.

In later stages, cancer may spread to other tissues and even organs. This is the advanced stage of cervical cancer and it can be followed by symptoms such as:

As it can be seen here, vaginal bleeding (outside of the period) and pelvic pain are the most common symptoms of cervical cancer, regardless of the stage of the disease. Even though there are a number of other reasons that can cause these or similar symptoms if you experience any of the two you should consult your doctor without a delay.

If the symptoms point out that cervical cancer could be suspected, your GP will send you to the gynecologist for further testing.

Papanicolaou test – (Pap test or Pap smear) is performed first. Cells of the cervix are collected by scraping or brushing and tested in the laboratory. Abnormal Pap test results are not 100% reliable and they always require additional testing.

HPV DNA test – This is a common follow up of the Pap test. This diagnostic method tests the cells of the cervix for the presence of the infection with the oncogenic (the ones that can cause cancer) HPV types.

Some symptoms such as unusual vaginal bleeding might first require some additional tests to rule out other possible causes such as chlamydia.  Otherwise, when the Pap test results suggest cervical abnormalities the common next step in diagnosing cervical cancer is colposcopy.

Colposcopy – It is primarily a visual diagnostic procedure during which a specialist uses an instrument called colposcope to examine the area of the vagina, vulva, and the cervix. When abnormal changes of the cervix are noticed during colposcopy, a biopsy or sampling of the suspicious tissue is performed too.

Colposcopy procedure can sometimes be followed by vaginal bleeding or menstrual-like pains for several weeks after the examination, but this is not always the case.

When the findings of the colposcopy are positive for cancer, further tests are necessary:

Based on the extent of the disease spread, five stages of cervical cancer exist.

The treatment for cervical cancer largely depends on how much cancer has spread. At an early stage, cervical cancer is curable. The commonly used methods of treatment are surgery, radiation, and chemotherapy. In the highly advanced stage, when the cancer is not curable, palliative care can help to prolong life and ease the symptoms of the disease.

Large loop excision of the transformation zone (LLETZ) and cone biopsy are the procedures commonly used for the removal of very early discovered cancerous changes of the cervix.

LLETZ is performed under local anesthetic and often simultaneously with colposcopy. In this procedure, a wire and electrical current are used to remove the small area of cancerous cells from the cervix.

Cone biopsy requires a general anesthetic. It is a small surgical procedure during which a cone-shaped area of the cancerous tissue is excised from the cervix.

Surgical procedures used in the treatment of early and advanced cervical cancer are trachelectomy, hysterectomy, and pelvic exenteration.

Trachelectomy – This is a surgical procedure performed only when cervical cancer is detected at an early stage. It is also more commonly performed on younger women, especially the ones who are planning to have children in the future. This is because trachelectomy does not include the removal of the uterus.

The upper part of the vagina, the cervix, and sometimes the pelvic lymph nodes are removed during trachelectomy. If pregnancy is possible after this procedure, which is not always the case, the baby needs to be delivered by cesarean section.

Hysterectomy – This is performed for the treatment of stages 1 and 2 of cervical cancer. This procedure can be simple or radical, depending on the extent of tissue and organs removed.

Simple hysterectomy is a surgical treatment of the early cervical cancer. It involves the removal of the cervix and the uterus. To avoid the recurrence of cancer, ovaries and fallopian tubes are sometimes removed too.

Radical hysterectomy – This is more common and it is a procedure used in advanced stage 1 or early stage 2 cervical cancer. Radical hysterectomy is the removal of the cervix, uterus, ovaries and fallopian tubes, upper part of the vagina, lymph nodes, and the surrounding tissue.

Complications related to hysterectomy are not different from those associated with other types of surgery. Infections, bleeding, and the formation of blood clots are possible. Injuries to the bladder or the rectum are also possible but rare.

The removal of ovaries indicates the onset of menopause, regardless of the patients’ age. Pregnancy is also not possible anymore when the uterus is removed.

Pelvic exenteration – It is a highly invasive procedure used in the treatment of advanced cervical cancer when the disease has spread to nearby organs and tissues. It includes the removal of the tumor, the vagina and other organs from the pelvic and abdominal cavity. These might be the bladder, rectum, parts of the bowel or all.

Surgical creation of stomas, holes in the lower belly used for passing of urine and feces, is sometimes necessary after pelvic exenteration.

There are some side effects of radiation and chemotherapy, such as the following.

Getting the Human Papillomavirus vaccination before becoming sexually active, testing for HPV infections, and screening regularly for cervical cancer are the best prevention measures.

Women under the age of fifty should have cervical cancer screening once in three years. Older women can get screened every five years.

Additionally, practicing safe sex, not having multiple sexual partners, quitting smoking, and avoiding the prolonged use of birth control pills are also recommended.

As HPV infection is responsible for the great majority of cervical cancer cases, vaccination and testing are advised for all sexually active women. If it is discovered early enough, cervical cancer can be cured successfully. Therefore, all women should be encouraged to attend regular screenings and consult their GP without delay if they experience any unusual symptoms.