Home > Health > Lung Health > How to Live with COPD?

How to Live with COPD? 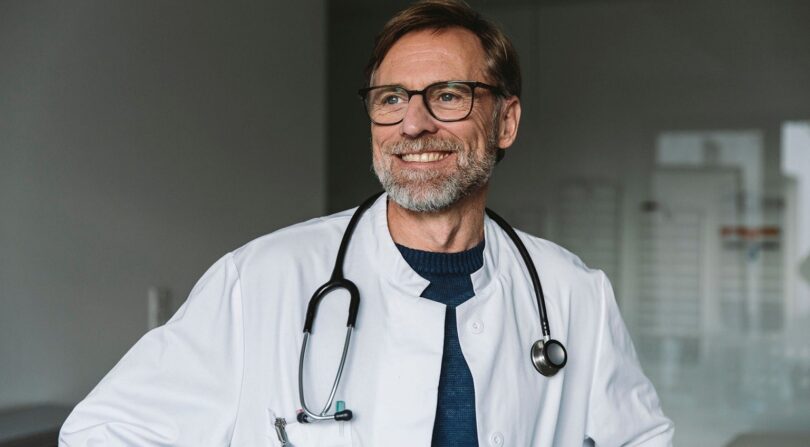 COPD symptoms worsen over time if they are not treated. Most people do not realize that they are suffering from COPD until the breathing problems become more serious. In this stage, COPD can significantly affect the quality of life. This article looks at all the self-help and treatment methods which can make living with COPD easier.

COPD is an incurable disease. By its origin and characteristics it can be divided into three different types:

Emphysema is a consequence of damaged alveoli (small air sacs located inside the lungs). When alveoli become damaged they stretch and grow bigger increasing the volume of the lungs. Contrary to how it may seem, this increased volume actually makes it harder to move the air in and out of the lungs. Therefore, it becomes difficult for the lungs to breathe in oxygen and breathe out carbon dioxide. In a great majority of cases, emphysema is caused by smoking.

Chronic bronchitis is another type of chronic obstructive pulmonary disease usually caused by long-time smoking. Smoking damages the cilia (microstructures inside bronchial airways). When damaged, cilia cannot perform their role of expelling mucus out of the airways. As a consequence, the airways become inflamed and cause breathing difficulties.

There are some symptoms which are common for every type of COPD. These are:

The success of the treatment for COPD depends on many factors among which the most important ones are the other, underlying, conditions associated with this disease, such as hypertension, heart disease, diabetes, heartburn, and depression.

The following is a list of tips that can help you to self-manage the symptoms of your COPD. These recommendations are designed to assist you in improving your quality of life.

Quit smoking – Smoking is the number one reason for chronic obstructive pulmonary disease. Therefore, quitting smoking is the first logical step to take in the process of lungs recovery. The recovery can never be complete but it can be significant enough to improve the quality of life.

Quitting smoking is not easy so you should consider using cessation aids such as stop-smoking medications, but make sure to consult your doctor about what is the best way for you to quit smoking.

It is recommended to avoid e-cigarettes as their benefits are not scientifically proven and potential side effects are not fully understood. The good way to go is to create distractions in form of new hobbies, snacks, and various forms of physical activity.

Stay healthy – Colds and flu can add significant stress to your already weakened lungs if you are suffering from COPD. The best protection is to be vaccinated for flu every year and for pneumonia at least once before the age of 65.

Staying clear of germs is very important. This means washing your hands and staying away from the company of sick people. The best way to do this is by avoiding crowds (public transportation, public gatherings, etc.), especially during flu season.

Be active – Physical activity will help you to reduce your heart rate and maintain a healthy weight. Regular exercise also improves the blood circulation. This will result in your body using the oxygen more efficiently.

Eat small but good – Eating properly is very important. The best advice is to eat small meals in order to avoid the uncomfortable feeling of fullness. A person with COPD spends ten times more calories on breathing compared to a healthy person. For this reason, the meals you eat should have high nutritional value.

Being too fat or too thin is also not good when you have COPD. The lungs and heart of an overweight person with COPD are exposed to even more stress while supplying the oxygen to the body. On the other hand, being underweight can lead to insufficient energy levels and fatigue.

Avoid stress – Similar to many other conditions, COPD gets worse with stress. Getting enough sleep and regular exercise can help you reduce stress levels.

Use the medications – If your doctor prescribes you with medications to help you relieve the symptoms of COPD, make sure to use them regularly. Some medications, often called the rescue medications, such as the beta-agonists do not have to be used daily but rather occasionally when you feel that you have troubles with breathing.

The treatment for the chronic obstructive pulmonary disease (COPD) focuses mainly on relieving the symptoms and making it easier to breathe. The treatment cannot fully cure COPD but it can increase your lungs capacity and the oxygen intake, reduce coughing and shortness of breath, and improve the overall quality of life.

The treatment for COPD can include the use of:

Bronchodilators are associated with certain side effects, such as:

Medications which combine steroids with bronchodilators are:

The prolonged use of steroid medications can lead to weight gain and easy bruising. Other side effects of steroid use can include:

Theophylline is a medication used in the therapy for asthma, COPD, and other respiratory diseases. This medication works in a similar way to bronchodilators but it is less expensive. It helps to relax the bronchial muscles, increases the heart rate, and has anti-inflammatory effects.

The potential side effects of theophylline use include:

People who are suffering from obsessive-compulsive disorder and are using Fluvoxamine should not use Theophylline to avoid complications.

New medications based on PDE-4 inhibitors such as Roflumilast are used for treating long attacks (exacerbations) in severe cases of COPD. These drugs reduce the swelling of the airways and can be used in a combination with long-acting bronchodilators.

Side effects of PDE-4 inhibitors include:

People with COPD usually have chronically low oxygen levels. This is because of the decreased lung capacity which is not getting enough air into the lungs. In such cases, long-term oxygen therapy is beneficial for increasing the blood oxygen levels and improving the overall health.

Oxygen therapy can be administered through a face mask, nasal cannula, or in a hyperbaric chamber. In the most severe cases of COPD, there is a need for constant oxygen supply. For this purpose, there are portable oxygen units available which can be carried around while performing daily activities.

Pulmonary rehabilitation is an educational and exercise program intended to improve the quality of life for people suffering from COPD. It usually takes place at a clinic or a hospital where a team of medical specialists, therapists, and nurses educate patients to:

There are several surgical procedures available for treating severe COPD. Surgery is usually the last treatment option and it is only considered necessary when other treatment methods are exhausted without results.

The common surgical procedures for treating COPD are:

Bullectomy is a surgical procedure which includes the removal of damaged alveoli (air sacs) from the lungs. Healthy lungs are made of a number of small air sacs. Their role is to assist in the oxygen transfer from the lungs to the bloodstream. However, COPD damages these air sacs. When damaged, these structures (now called bullae) cannot absorb oxygen and actually become an obstruction on their own.

Bullectomy is performed to remove the bullae from the lungs and increase the lung function. The procedure is done through a small incision near the armpit and with the use of a video camera inserted inside the lungs. The recovery usually takes several weeks and involves the use of a breathing tube during the first few days following the surgery. Potential complications include:

Lung Volume Reduction Surgery (LVRS) is performed on patients suffering from severe COPD (emphysema) which has caused irreparable damaged to various areas of lung tissue. During the procedure, the damaged parts of the tissue are removed. This allows for the healthy parts of lungs to function more efficiently and expand.

Lung transplant is the last option for treating COPD. It is considered in cases where the lungs are so damaged by the disease that they have almost entirely lost their function.

Lung transplant surgery includes the removal of the lungs and their replacement with the lungs from a donor. It is a highly invasive and risky procedure. The recovery involves a regular use of immunosuppressant medications in order to prevent the rejection of the transplanted organ. The use of these medications increases the risk of kidney disease, diabetes, hypertension, osteoporosis, and certain types of cancer.

Living with COPD can be challenging but it is possible. Although the condition cannot be cured, it can be managed and treated in a way which enables a significant improvement in the quality of life. Quitting smoking remains the most important step in combating the symptoms of COPD.