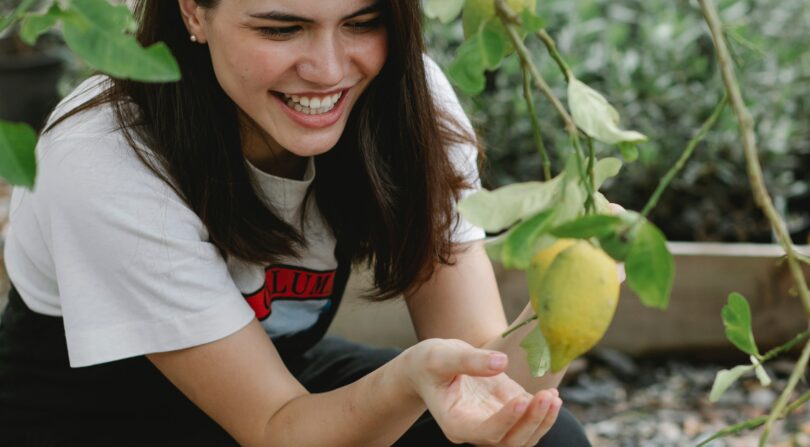 For those struggling with Polycystic Ovary Syndrome (PCOS), life can feel overwhelming and frustrating. Symptoms such as irregular periods, fertility issues, ovarian cyst formation, acne, body hair, weight gain, and mood swings can lead to an overall decline of well being.

While PCOS is considered a endocrine- reproductive condition, it has an impact on both the body and mind, thus we so should be attempting to treat both. This would call for what is known as a holistic approach.

For patients with PCOS a combination of several natural approaches can aid in eliminating most if not all of the symptoms associated with PCOS. These approaches are:

Did you know that PMS symptoms often arise due to nutrient deficiencies? Or that dairy inhibits proper hormonal function? PCOS experts will tell you to opt for balanced diet of copious vegetables, complex carbs, and a good dose of protein with every meal.

During “hormonal days,” eating small meals or snacks every 3 hours can help prevent reactive hypoglycemia, which is more common the week leading up to your period. This is why expects also suggest you avoid fasting the week before your period.

If you or your doctor suspects a blood sugar disorder, get the right tests done and learn how to keep your blood sugar in check. PCOS wasn’t once called Pre-Diabetic Syndrome for nothing.

If your diet is not your strong point and you require supplementation, then go for it! Even something as simple as a daily multivitamin can work wonders.

An organic multivitamin every other day and a Bio-Spirulina supplement in between would be a good option as well.

Don’t dread the word “exercise.” As a PCOS sufferer, you really don’t need a lot of it – just regular practice. Spend 30-40 minutes of your day doing a mild to average workout like Yoga or lightly jogging on a treadmill (you may want to work out fewer minutes during ovulation and PMS days).

Experiment until you find what works for you but don’t push yourself in order to mimic someone else’s workout. You have PCOS and may have to deal with fatigue or a drop in blood sugar or electrolytes if you overextend yourself. For many a more gentle approach like yoga, nature walks and mild cardio to work best.

Do you get back from work daily feeling like a wreck? Or are you tired as soon as you wake up? Both can indicate a hormonal imbalance and are common in women with PCOS.

Take a nap during the day if needed and don’t ignore your hydration levels. There are apps you can download that can remind me to drink water and meditation apps to help you unwind when feeling all worked up. Make sure you’re taking care of your body and mind daily or you’ll crash big time.

Opt for natural versions of everything. Go organic when it comes to your food, cleaners and cosmetics too, as xenoestrogens (major endocrine disrupters) tend to lurk in most daily household items.

You can try Homeopathic remedies (small plant doses), or go straight for the herb! Herbs like Vitex, White Peony, Dong Quai, Licorice and Spearmint are known to help with PCOS symptom relief. Do however consult your health practitioner before consuming any in recurrent doses.

Treating PCOS is an inside job! You can easily mess up your cycle even more with just a minor stress episode. So get in touch with who you are and what you want in life and express it! Speaking to a therapist may greatly help.

This story was submitted by a patient who wanted to share her journey to recovery with Polycystic Ovarian Syndrome.

I was 12 years old when I began to realize something was not quite right with my cycle. Ever since my first period made its appearance at the age of 11, it had constantly been in irregular cycles of 40 to 60 days. My mother, who had irregular periods all her life herself, didn’t think much of it until we visited the family doctor for a checkup.

After the doctor examined me, I was given a diagnosis of “possible Polycystic Ovary Syndrome” and a prescription of birth control pills to control it. I was also advised to have an ultrasound done on my ovaries, as well as a blood test and additional ultrasound on the thyroid gland.

Did I know what all this meant and whether or not it was treatable? No not at the time, but I have learned a lot since and now know how to keep my symptoms in check.

My PCOS journey starts with a real bump on the road. After getting the test results which confirmed that I indeed had PCOS, I naively began taking my birth control pills. Within the first few days, the ghastly side-effects began to kick in: nausea, night sweats, anxiety, insomnia and dizzy spells to name but a few. Within the first month, I threw away the birth control hoping to get back to normal.

Except my period was still abnormal. It was at the age of 17 when I had a 6-month absence of menses that I was prompted to visit an endocrinologist. When I got to the appointment I was weighed and asked questions regarding my symptoms, feelings, and my diet. I was instructed to do a round of specific hormone blood tests, another couple of ultrasounds (ovaries and thyroid) and bring the results back for evaluation. In the meantime, I was given a PCOS-friendly diet to help me lose weight.

When I brought the results back to the endocrinologist, she verified that I did have PCOS and that I can choose two routes: either go back on the pill or try a different pill (a steroidal progestin) that I would take only during absent periods in order to get my period. The pill would be consumed for 5 days only, and by the fifth day my period will have returned. It sounded like the quick fix I needed and I was assured the drug was not harmful.

For ten months I would pop a pill practically monthly, as my period would always be late. This curious little hormone drug would bring my menses back in a flash, produce no dramatic side-effects except a little weight gain and breast tenderness, and my PCOS problem, for a brief moment, seemed to be under control. How wrong I was…

When I revisited the endocrinologist for a follow-up a year later, she asked how I was doing. I answered “I’m fine and now get my periods!.” She then asked how often I take the pill and I proudly replied “Every month”. To this day, I vividly recall the blank look on her face as she said “You are not supposed to take the pill for more than 5 consecutive months. Didn’t we discuss that?”

Naturally, I was never given such a precaution or warning regarding the advised dosage. I didn’t know whether to start yelling at the doctor or simply storm out and find a more reliable endocrinologist. Instead, I kept calm and asked what to do. Without offering an apology, the endocrinologist explained that the pill contained progesterone, along with all the symptoms that it potentially brings on in high doses. This explained the weight I had gained, the fluid retention and my swollen breasts (my weight and breasts never dropped back to their initial numbers ever since). She advised I stop the pill and give myself a break until we worked out another milder solution and even suggested I get back on the birth control and just try a different brand this time. For a moment, it sounded like she was just doing guesswork. I told her I would think about it and left her office, crying.

Naturally, I never contacted the aforementioned endocrinologist again. I threw away all the pills I was prescribed and decided to just try and live with my condition.

After my teens, I moved to the big city to study at college. PCOS was something I was simply living with; the delayed periods, excess weight, acne, on-and-off fatigue, pain and mood swings were a part of my life. Luckily, up until my late twenties, the symptoms were only occasional and not severe.

But a little after my mid-twenties, I began to notice my symptoms getting worse. I was living a hectic life in the city working as an English teacher, heading off to work at 10am and arriving back home at 10pm, and my body couldn’t cope with it. On what I call “symptom days” I would cancel a whole day of classes whether I had my period or not. I could not pinpoint if these symptoms were produced by work stress, my imbalanced hormones, or a combination of both.

One day I eventually…collapsed. Literally, I fainted in the street. It was that day I realized my symptoms were far worse than I thought. When the school season came to its end for summer, I notified all headmasters and private students that I would not be back in September. I then packed my bags and moved back to my parents’ house in the countryside. It was there that I finally got to grip with what was going on in my body. And I chose to tackle it as naturally as possible.

After a discussion with a holistic-minded cousin of mine, I was suggested to try an alternative approach to my PCOS problem: homeopathy. Homeopathy addresses the patient as an individual via prescribing customized minute doses of all-natural, symptom-free, plant-based remedies. Homeopathy is known to work wonders for chronic ailments so I thought it may just be able to cure my condition once and for all.

Luckily enough, my Homeopathic practitioner explained to me that the progesterone pill is I was recommended can be a dangerous endocrine disrupter overall. I switched to a homeopathic supplements and began consuming them based on a strict daily regimen. I had no side-effects and continued the remedies for 5 whole years.

How Homeopathy & Acupuncture Helped Me

Within 5 years of custom-based Homeopathy treatments, here is what I noticed:

Additionally, I began Acupuncture and had 10 annual sessions, which to my pleasant surprise:

And while I was proud for choosing such a natural route that actually delivered results, my PCOS symptoms began to change, as did my body.

It’s no secret that a woman’s adult body changes when she approaches her thirties. It is during those years when things like PMS are more prominent, bodily symptoms become exacerbated and endurance levels plummet. For me, a whole new array of symptoms came to replace the ones I thought I had dealt with:

–          While I had no more cramps during menstruation, I had sharp stabbing pains when ovulating

–          While I was ovulating successfully, I would suffer unprecedented fatigue and exhaustion until it actually happened

–          While my cycle was not too irregular, the before and after symptoms would make me feel out of whack on multiple levels

Subsequently, I could no longer depend on alternative healing alone, nor could I go back to mainstream medicine’s quick fixes and end up with more problems. Moreover, homeopathy in particular had cost me a lot of money, and having to purchase remedies several times a year for only so little relief was something I was sick of doing.

After years of researching PCOS and attempting to cure it, I realized my condition may simply never be cured. But it can certainly be tamed – by me.