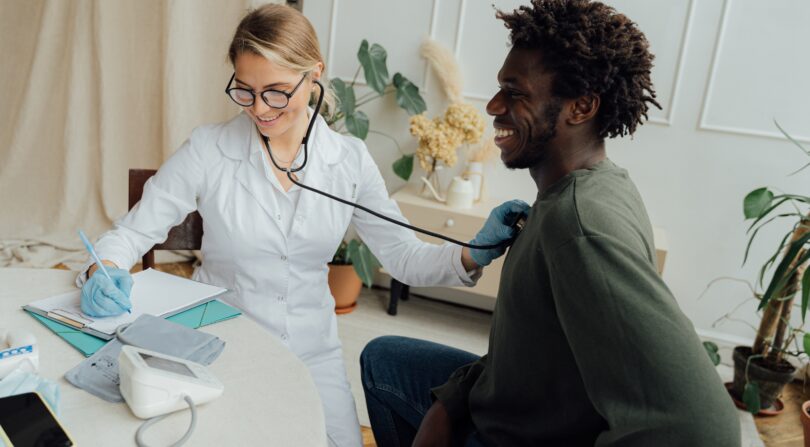 Type 1 Diabetes is much less common than type 2, accounting for only 5-10% of diabetes cases. Unlike type 2 which is more common in older adults, type 1 is typically diagnosed before the age of 30.

Diabetes type 1 is an autoimmune disease in which the beta cells (insulin-producing cells) located in the pancreas are destroyed over a period of time. The more beta cells are destroyed the less insulin that can be made. This results in a lifelong deficiency of insulin and dependency on insulin from external sources.

Autoimmune refers to a condition in which the body mistakes its own cells (the beta cells) for invader cells and destroys them. While the exact cause is unknown, the autoimmune process is thought to be the result of genetic predisposition and an environmental trigger. This event sets off a chain reaction that causes the B cells of the immune system to creates proteins called antibodies that mark the beta cells and signal for their destruction by other parts of the immune response team. The CD4 and CD8T Cells are the soldiers who sniff out and destroy the tagged beta cells

Before overt diabetes occurs the patient will be in a phase called pre-diabetes. In pre-diabetes, the pancreas will work double time to maintain normal blood glucose levels. The hallmark of pre-diabetes is the presence of GAD, ICA, IAA antibodies. In addition, there will be evidence of beta cell injury and a decrease in the amount of insulin being produced.

The patient is considered to be in overt diabetes once the number of beta cells is reduced to less than one fourth and the body is no longer able to produce enough insulin to keep up with the demands of the body. At this point, blood sugar will be significantly elevated.

Symptoms of type 1 diabetes vary per person, but typically include:

The classic 3 P’s of Diabetes; polyuria (frequent urination), polydipsia (excessive thirst), polyphagia (hunger). Thirst is due to dehydration. Frequent urination is due to the body trying to expel the excess sugar through the urine. Both high and low blood sugar cause hunger.

Once diagnosed with type 1 diabetes patients will be started on insulin treatments for life. The amount of insulin needed will be individualized, but the typical starting dose is 0.4-1.0 units/kg/day.

Basal: half of the daily insulin is given in long acting form

Bolus: half of daily insulin is split into 3 and rapid acting is given 3x per day to cover every meal

To calculate the basal bolus dose, if the total daily insulin coverage needed is 30, then

How to administer insulin

90 degree injection angle, inject then count to 10 before removing the needle. Injection sites include: abdomen, thighs, back of arms, buttock. Choose an injection site, such as the abdomen, and rotate where you insert the needle within that same site to provide a consistent rate of absorption as well as prevent skin breakdown. Do not change body site locations daily as different body parts absorb the medication at different rates, the abdomen absorbs most quickly.

Refrigerate insulin for prolonged storage. May be left at room temp for up to 1 month. DO NOT keep in hot temperatures

Hypoglycemia (low blood sugar) from too much insulin or not enough food, weight gain, injection site skin breakdown from not rotating the site enough.