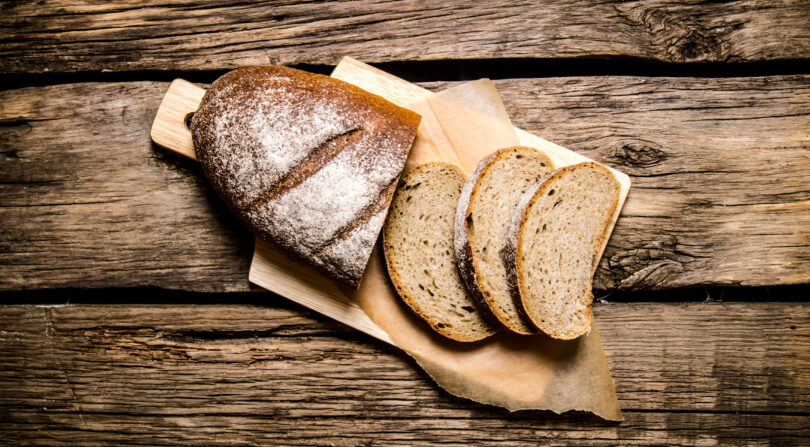 The hidden autoimmune disease that has everyone wondering if it’s time to go gluten-free.

Celiac disease is an autoimmune disorder marked by chronic inflammation of the gastrointestinal tract. Autoimmune is a broad term used to describe diseases caused by faulty immune systems where the body mistakes its own healthy cells for foreign invader cells that must be destroyed.

People with celiac have a dysfunctional immune response to the protein gluten. When gluten, which is commonly found in grains like wheat, oats, brain, and barley is consumed, the antibodies and antigens signal the immune system to attack. Over time this attack on the digestive tract can lead to inflammation and damage of small intestinal mucosa. This can manifest with a variety of symptoms such as diarrhea, gastric upset, fatigue due to decreased absorption of nutrients, and other less common symptoms such as anemia and malnutrition.

It is estimated that one percent, or 1 in 100 people of the United States population has celiac disease. This equals to about three million people in total and despite the recent hype around the condition, less than ten percent actually get properly diagnosed as having the disease.

Outside those three million is an even larger group of people who aren’t celiac, but are gluten intolerant or have a wheat allergy. The phrase “wheat intolerance syndrome” is an umbrella term used to describe all categories of gluten issues; including celiac disease, non-celiac gluten sensitivity, and wheat allergy.

The incidence of celiac is on the rise and is thought to have tripled over the past 50 years. This may be explained partly due to a higher awareness of the condition and better diagnosis methods, but is also due to changes in food processing and an increase in other risk factors associated with celiac such as diabetes.

Celiac disease results from an interplay of both genetic and environmental factors. CD usually develops early in life, but in many patients symptoms may not appear till later in life.

Celiac disease has a genetic component and those with a family history are at higher risk. The main predisposing genetic factor is class II major histocompatibility complex comprising human leukocyte antigen (HLA).

Among the environmental factors, gluten is the most common contributor in the development of celiac disease. Gluten is present in grains like wheat, rye, oat, and barely.

Gluten is also rich in amino acids proline and glutamine, which are resistant to degradation by small intestinal proteases. Because the protein is not digested completely, the partial digestion leads to the creation of multiple peptides, which are then presented to T-cells, triggering an immune response.

Gluten fragments can also cause enterocytes to produce zonulin, which loosens the tight junction in the lining of the gut. This leads to intestinal permeability, often refer to as “leaky gut.”

Age of exposure to Gluten

The age at which gluten-containing foods are introduced to a baby is also a purposed risk factor of celiac. One study showed that 3 months old infants have a higher risk of developing celiac when exposed to gluten in comparison to 4- 6 months old babies. However, more research on this is needed.

Other factors that predispose an individual to celiac include pathogens such as campylobacter jejuni, adenovirus, hepatitis C virus and comorbid conditions such as cardiovascular, gastrointestinal, and autoimmune diseases.

For many, there are no symptoms, but this does not mean that your small intestine’s lining is getting a free pass. Damage can occur even if you are not yet feeling the effects.

Some of the most common signs for an adult include

As many of these symptoms are vague, it would be easy to confuse celiac disease for another condition or some sort of infection.

Histology or biopsy of the proximal small intestinal mucosa is the gold standard for detection of celiac. Biopsies will show changes in the tissues of the GI tract such as mucosal villous atrophy with crypt hyperplasia and/or increased intra-epithelial lymphocytosis.

For this test, the gastroenterologist will ease a long thin tube into the mouth while the patient is unconscious. This procedure is called an endoscopy. The tube will eventually reach the small intestine where the doctor will be able to assess if there is any inflammation or damage to the tissue. Some tissue from the small intestine, called a biopsy will be extracted to test for cellular changes that would indicate celiac disease. Biopsy is the most accurate way to determine if a person does have celiac disease.

A blood test is often the first step taken, before a biopsy, if celiac disease is suspected. If the blood test comes back positive, then your doctor will make a recommendation for you to see a gastroenterologist for further confirmation with a biopsy.

Can a person be cured of celiac disease? The answer is no. However, if a gluten-free diet is followed closely then the symptoms such as stomach pain, nausea, vomiting, and fatigue will disappear. In addition, the small intestine will begin to heal and further damage will be prevented.

A strict gluten free diet is recommended for Celiac patients and is the only widely accepted therapy to date. Studies have proven that the intake of as little as 50 mg of gluten per day for 3 months can cause a significant decrease in the intestinal mucosal villous height.

Most patients with celiac disease respond to gluten-free diet within weeks to months of initiation. Patients are expected to feel improved energy and overall well being. As the gut heals and nutrients are able to be absorbed properly, symptoms of anemia and nutritional deficiencies start improving within weeks.

The normalization of hemoglobin and complete recovery from diarrhea might take months. Unfortunately, up to 30% of patients may still have from symptoms despite absence of gluten in their diet.

Sometimes these ingredients are obvious, like bread or baked goods, but other times gluten in hiding in products such as salad dressing and soups. It is very important to read the labels and let restaurants know you have a gluten allergy when ordering.

Several medications are now being studied as potential treatment strategies for celiac disease. Most medication options revolve around the development of drugs that target the enhancement of tight junctions and detoxification of gluten. Two such drugs Larazotide acetate and ALV003 have been studied in phase II trials.

Probiotic use has been tested in patients with celiac disease and shown to improve gastrointestinal symptoms such as indigestion and constipation. However, they have not been shown to improve other symptoms or intestinal permeability. Some studies have demonstrated that probiotics decrease inflammatory markers, but more research is needed.

It’s easy to determine that food has gluten if wheat, barley, or rye are listed as ingredients on the food label, but sometimes figuring out the ingredients requires further research. Gluten is often hidden in food products through terms that most people are not familiar with.

If wheat is listed in the ingredients associated with any other word, like einkorn wheat or wheatberries, leave it on the shelf. There are other words to become familiar with as well such as durum, emmer, semolina, spelt, farina, farro, and graham. All these terms mean that gluten is in that food product.

Baked goods usually have an immense amount of gluten in them. Breads, brownies, cakes, and cookies should all be avoided if you have celiac disease. Most sauces and gravies actually contain wheat flour because it is used as a thickening agent. Lastly, almost all beer has gluten in it unless specifically marked gluten free.

The good news is that today there are a plethora of gluten free products. Once you become familiar with them, going gluten free is rather easy these days.

Despite our current understanding of celiac disease, a gluten free diet is the only current treatment proven effective and does not guarantee full relief in many patients. Moreover, patients on a gluten free diet may develop refractory celiac.

Thus, there is a need to look for other effective treatment options. Some of the promising treatment involves probiotics and drugs that are aimed at modifying gluten and enhancing tight junctions, but more research is needed.

A person diagnosed with celiac disease also has a greater chance of acquiring certain cancers later in life and may face a lifetime of other digestive problems as well. Remember that celiac disease affects the person’s ability in absorbing nutrients so it could be a struggle to make sure the proper amount of nourishment is absorbed into the body. It is best to get diagnosed early to limit the number of complications that may form later on in life.

Osteoporosis is a condition in which the bones become less dense and are much easier to fracture. More than 53 million people in the United States already have osteoporosis or are at high risk for it. People with celiac disease have a tough time absorbing nutrients, including calcium and calcium is needed in the body for strong bones. The good news is that once a gluten-free diet is in place for a few months, calcium can again start being absorbed into the body which in turn will make the bones stronger.

If the child’s height and weight are low according to the average, this could be a powerful indicator to get the child tested. Celiac disease inhibits the absorption of nutrients, which can affect growth. Studies have shown across the board that children with celiac disease weigh less and are shorter than their typical peers.