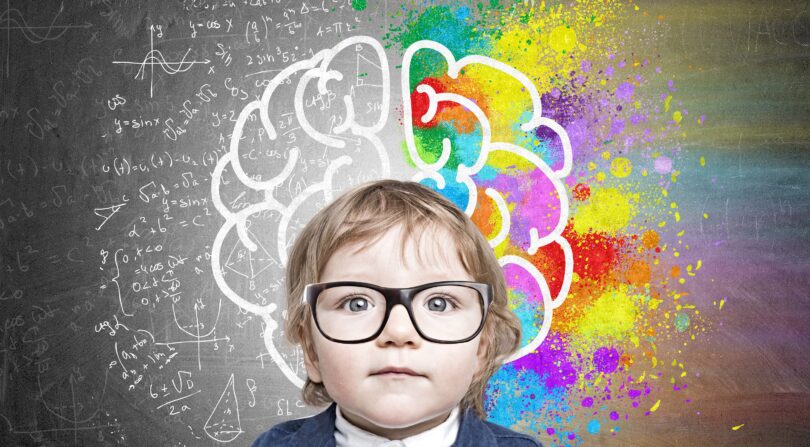 Brain supplements have become one of the biggest trends in the health community. As a result, the market is saturated with countless claims of newest, greatest pills that promise to increase intelligence, improve focus, and sharpen memory.

As you are searching for the best brain supplements to enhance your work and personal life, you might find it confusing to decide which is best for you. This article will help you understand and navigate brain supplements, as well as manage your expectations for results.

People typically seek a brain supplement for one of these three reasons:

To begin, you should know that maintaining an optimal brain starts with a healthy diet and exercise plan. However, supplements are a good addition to a healthy lifestyle to help enhance function and reduce damage. Brain supplements will address one of these three foundational concepts: controlling inflammation, strengthening synaptic connections, and fighting free radicals.

Inflammation commonly happens when you’re eating too many processed, fatty, sugary foods, not taking in enough antioxidants, are chronically stressed, exposed to environmental pollution, have digestive problems, or other underlying health problems. Some inflammation is healthy, but many of us have too much, which can show up as brain fog, difficulty concentrating, and poor short-term memory and recall.

Your brain cells are remarkable. They resemble a slender tree, with long graceful branches on either end that send information along a pathway, creating neural pathways that form memories. If you want to learn faster, retain more, and recall it at will, you must strengthen these connections.

You know how unsightly a rusty car body is? Well, oxidative damage doesn’t look like that on our bodies, but it is a chemical reaction that degrades the structure of our cells in much the same way. It is closely related to inflammation, in that too much oxidative free radical damage can lead to uncontrolled inflammation and noticeable symptoms. Fighting this damage requires ample amounts of antioxidants.

The supplements you’ll be learning about do one or more of these things for your brain.

You’ve probably heard of the popular keto diet. Maybe you’ve also read of people using exogenous BHB ketones with the keto diet to boost their fat loss. If losing body fat isn’t on your list of goals, don’t worry. You can use ketones solely to boost your brain function. This is one supplement you’ll likely feel the effects of soon after you take them. So, how do they work?

Ketones are an alternative fuel source for your body when blood sugar is not available. Beta-hydroxybutyrate (BHB) is one of three kinds of ketones that your body can make.

Once you’ve used up all of your blood sugar and the back-up sugar, which is stored as glycogen in your muscles, your body will start burning either body fat or dietary fat by converting it into ketones.

Your body’s ability to produce ketones is a failsafe against starvation, but people use this “hack” to lose body fat and supercharge their focus. The ketones that your body produces from fat are endogenous, meaning generated inside. Exogenous ketones are generated outside of the body and are what you would take as a supplement.

Because ketones burn more efficiently than glucose does, your body has much less “clean-up” work to do in the form of scavenging for free radicals. It’s like comparing the output of an hybrid electric car versus a really old truck that runs on gasoline and leaves a stinky and visible trail of exhaust behind it. It indirectly reduces inflammation because of the clean burn.

The pro of BHB ketones is that it acts fast. Within a few hours, many people report feeling more alert and focused. Any brain fog they might have had is gone and they feel more energetic. Pretty cool, but on the cons side of things, side effects can include upset stomach and diarrhea, so go with a lower dose if you feel any of these after your initial intake.

You can buy exogenous ketones at health food stores, the natural health section at regular stores, online and through direct/ multi-level marketing companies. Be aware that many companies will market health products with the words “keto” or “ketone” in them, but don’t actually contain BHB. Be sure to look at the label and make certain that it contains BHB. If you’re sensitive to caffeine, pay extra attention to the added ingredients label, as many companies add caffeine to their BHB products.

Magnesium is an essential mineral that your body needs to perform over 300 different basic functions for regular maintenance, let alone supercharging anything. These include energy production, creating and repairing DNA, muscle function and regulating messages sent to and from your brain. Ideally you could get all your magnesium from food, but subclinical magnesium deficiency is alarmingly common, so you could potentially benefit from taking a magnesium supplement.

There are many different forms of magnesium to choose from. A common one is magnesium citrate, however you won’t get the brain boosting you want from that. There is a relatively new form of magnesium developed by scientists at MIT called magnesium L-threonate, that specifically enhances learning and memory because it crosses the blood-brain barrier and is rapidly absorbed.

The blood-brain barrier is your body’s way of protecting its most prized possessions, your brain and spinal cord, from potential harm. This harm could come in the form of pathogens that could lead to infection, or toxins. The blood-brain barrier keeps out the bad stuff but allows in beneficial nutrients to nourish the brain at the same time.

Magnesium L-threonate has shown a lot of promise in both animal and human studies for its impact on brain plasticity and reversing cognitive deficits. One human double blind, placebo controlled study showed that magnesium L-threonate increases the density of synapses in the brain. For you that means learning and recalling facts faster.

One major drawback of magnesium L-threonate is its hefty price tag, so if you’re on a budget, it may not be your first pick. If you are experiencing cognitive decline symptoms though, it’s definitely worth trying for a couple of months. One study found that participants decreased the functioning age of their brain by 9 years in a matter of weeks. That is a profound change for a naturally occurring nutrient.

DHA is short for its chemical name, docosahexaenoic acid, and is an omega-3 fatty acid. It makes up part of the “healthy fat” from fish like salmon or egg yolks. There are 11 different known omega-3 fatty acids, but DHA is one the top three widely studied ones.

DHA deficiencies can result in learning problems, as well as cognitive decline as you age.

It’s often taken in higher doses by pregnant women to help build the brain matter of their growing baby. Infant and toddler formulas are fortified with DHA to encourage continued neural development post-partum.

DHA cannot be produced in the body, so it must be eaten or supplemented. You need it to maintain regular brain function, so if you’re not getting enough from your diet, it might be why you can’t remember things as well as you used to. In this case, you should consider supplementing, as a good quality supplement can actually be more economical than eating wild Alaskan salmon 3 times a week.

When looking at supplements, DHA is usually paired with another omega-3 fatty acid called EPA (eicosapentaenoic acid). EPA has been studied for its remarkable anti-inflammatory properties, which is always a good thing for your brain. A brain-centric DHA supplement will usually have a higher ratio of DHA to EPA. You can also find DHA combined with other nootropics like bacopa monnieri. Dr. David Perlmutter recommends taking 800mg of DHA per day as part of his Grain Brain Lifestyle program.

A word of caution when buying omega-3 supplements: don’t go for the cheapest. It’s not worth it. It’s very common for the cheaper stuff to go rancid while it’s still in the bottle, nixing any potential benefits to your body. Low quality products can also be made from larger fish that harbor toxic heavy metals—you don’t want those in your body. They also may not be tested or purified from contaminants. Reputable companies will have their products 3rd-party tested for contaminants like heavy metals. Look for an IFOS (International Fish Oil Standards) or IVO (International Verified Omega-3) certification label on the bottle.

GInkgo biloba is a tree native to China that’s been around for hundreds of millions of years according to fossil records. In modern science, the extract is what’s studied for its active ingredients.

Ginkgo biloba is thought to increase blood flow to the brain. This increased blood flow carries more oxygen and nutrients into the brain, and may result in a higher attention span. It is also thought to protect nerve cells, of which your brain has roughly 86 billion.

According to a mini review article by Frontiers, ginkgo biloba showed the most positive results after 22 weeks of regular dosing, which means this isn’t a miracle pill that you’ll feel the effects of as soon as you take it. A European study showed that taking ginkgo slowed down cognitive decline in older people. It also helps to scavenge free radicals, preventing damage to brain tissue.

Also known as Indian pennywort, Bacopa monnieri is used in traditional Indian Ayurvedic medicine for improved cognition and fighting inflammation, among many other uses.

A study conducted on rats referenced by Life Extension found that Bacopa was associated with an increase in blood flow to the brain. Scientists who conducted a different study have hypothesized that Bacopa stimulates the growth of brain cell connections that receive impulses from other nerve cells.

Studies show that Bacopa has positive effects on healthy subjects as well as those who experience cognitive decline. Specifically, it improved logical memory, mental control and learning. According to one study, the measurable benefits of Bacopa Monnieri peaked at 12 weeks, so you’ll want to give it a good 3 months before you expect to feel a difference.

Though it has been used extensively in Ayurvedic medicine, modern science continues to conduct further investigation of Bacopa’s potential uses as a brain enhancer.

Hericium erinaceus (also known as Lion’s Mane mushroom) is a medicinal mushroom that is not to be confused with the psychoactive psilocybin mushroom. In its own way though, it does have magical properties.

This mushroom looks nothing like your grocery store button mushroom, or even the more exotic ones like oyster or shiitake. Give it a quick Google and you’ll understand its namesake. Lion’s Mane mushroom is an adaptogenic, anti-inflammatory and free-radical fighting herb that is used in Traditional Chinese Medicine.

Lion’s Mane has a unique claim to fame. Through studies it has been shown to stimulate the body to synthesize two very important proteins called nerve growth factor (NGF) and brain-derived neurotrophic factor (BDNF). These work together to strengthen your brain cells’ structure and resistance to stress.

It is commonly taken as a powder, capsule or tincture.

Hopefully you’ve found this mini-roundup of supplements helpful in your quest for a superhuman brain. You can boost the effectiveness of any supplement you take by lowering your sugar intake, eating whole foods and doing enjoyable activities outdoors. Here’s to your limitless, nourished brain.