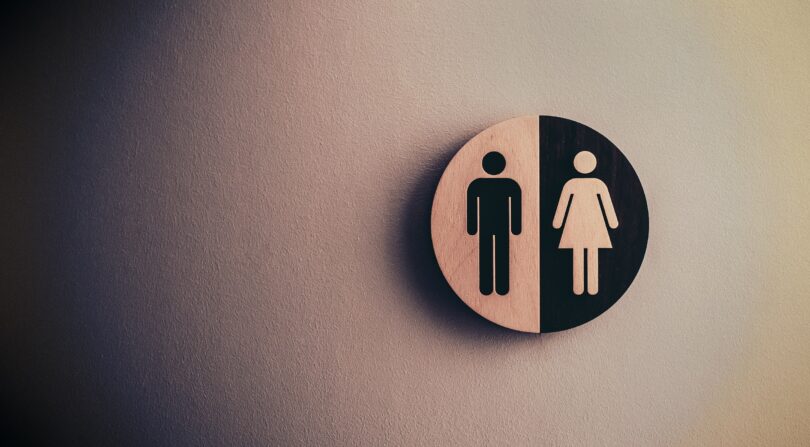 Statistically, one in ten diagnosed cancers are colorectal cancer. This puts colorectal cancer in third place on the list of the most common types of cancer worldwide. Although it is more common in men, colorectal cancer affects women too. In most cases it is found in people who are older than fifty, but this is not a rule, younger patients can also get it.

What is colorectal cancer?

The development of cancer in the rectum or the colon is referred to as colorectal cancer. When mutations occur in the epithelial cells of the wall of the colon or the rectum, the abnormal growth of those cells is triggered. The mutations can be triggered by other conditions or be a result of certain lifestyle habits. These are what we refer to as “risk factors.” In some cases, the mutations can also be inherited.

The APC gene, which is involved in the process of cell adhesion and beta-catenin regulation, is usually the mutated gene responsible for the development of colorectal cancer. The malfunctioning of the APC gene allows the beta-catenin to accumulate and bind to the cellular DNA.  As a consequence, the oncogenes (genes with the potential to cause cancer) are activated.

Colorectal cancer is diagnosed by sampling the tumor tissue through a colonoscopy or sigmoidoscopy and its microscopic examination. The follow-up CT or MRI screening is usually performed to determine the extent of the disease. When colorectal cancer hasn’t spread further than the wall of the rectum or the colon, it can be cured surgically. In later stages, the spreading of cancer determines the treatment (chemotherapy, radiation, targeted therapy, etc.) and the outcomes.

Colorectal cancer can be cured when it is discovered at an early stage. Unfortunately, this early stage is rarely symptomatic. This means that the only reliable method of early detection remains the regular and timely screening.

If something can increase the individual’s chances of developing a disease, it is recognized as a risk factor. There is not always a way for us to do something in order to decrease the effects of those risk factors as some of them, such as old age, cannot be changed.

On the other hand, this does not mean that the presence of some or many of the risk factors will always result in the development of the disease such as cancer. Likewise, the absence of the risk factors is not a guarantee that someone is safe from developing such diseases.

A family history of colorectal cancer

Statistics show that around 33% of patients newly diagnosed with colorectal cancer have a family member who was also affected by the condition. It is not completely clear if the genetic factors are to be blamed for this. Still, precaution and regular screenings are advised to people who have had a close relative (mother, father, sibling, child, etc.) suffering from colorectal cancer or adenomatous polyps. Adenomatous polyps have the potential to become cancer and they are considered a risk factor.

As it was mentioned before, most cases of colorectal cancer are diagnosed in people older than fifty. Because of the increased risk, regular screenings are advised to people belonging to this age group while those with the family history of the disease should start with the screenings earlier, before the age of forty-five.

People who have a personal history of colorectal polyps are at a higher risk of developing colorectal cancer. If the polyps are numerous, large in size, or showing the signs of abnormal tissue growth (dysplasia), the risk is even higher.

A personal history of colorectal cancer is an extremely significant risk factor. People who have had the previous colorectal cancer surgically removed have a better chance for the development of a new tumor in another area of the colon or the rectum.

Ashkenazi Jews are another ethnic group prone to developing this disease. People who belong to any of the two groups should consider starting regular screenings earlier in life, especially if they have other risk factors as well.

Previous treatments for various types of cancer, most notably the radiation treatment, are sometimes connected with the development of other cancers, including colorectal cancer.

Changes in melatonin levels (e.g. frequent night-shift work) are recently being linked with the increased risk of colorectal cancer. This is still a subject of research.

Health conditions that may cause colorectal cancer

Conditions that cause the inflammation of the colon over long periods of time, such as the ulcerative colitis, Crohn’s disease, and Inflammatory Bowel Disease, are considered as risk factors for colorectal cancer. This is especially true if these conditions are left untreated.

Conditions like Inflammatory Bowel Disease (IBD) can cause the cells of the colon and rectal wall to show signs of dysplasia (abnormal growth). Over time, those cells can transform into cancer. Inflammatory Bowel Disease (IBD) is not to be confused with the Irritable Bowel Syndrome (IBS) which is not associated with the increased colorectal cancer risk.

Inherited syndromes are responsible for around one in every twenty colorectal cancer cases. These are caused by genetic disorders which run in a family and there are several types:

Other inherited syndromes, such as the MYH-associated polyposis (MAP) and the Peutz-Jeghers syndrome, which is characterized by the growth of particular polyps called hamartomas, are also associated with a risk of an early development of colorectal cancer.

Modifiable risk factors can be changed as they depend on our lifestyle, habits, and diet.

Red and processed meats, as well as fried and grilled foods, are also connected with a higher probability of developing this condition. The risk is also increased for people who move from an area in which the diet is high in fiber to a place where the diet is high in fat (e.g. Japan to the USA).

Streptococcus gallolyticus, a bacteria which normally inhabits the alimentary tract of cattle is also associated with colorectal cancer in humans. This bacteria is often consumed along with meat and dairy products.

Being overweight or obese is considered a risk factor for colorectal cancer. Those with a large waistline, especially men, are considered to have a high risk of developing the condition. Mortality rates for obese patients suffering from colorectal cancer are higher. Obesity is also connected with other risk factors such as physical inactivity and low-quality diet.

Obese people have a higher chance of suffering from some of the conditions which fall into a group of non-modifiable risk factors for colorectal cancer, such as type 2 diabetes and inflammatory bowel disease. Chronic inflammation is also associated with obesity.

Physical activity is important for a number of reasons. It can complement other colorectal cancer risk factors such as obesity and diet, but it can also improve the overall health. Regular activity is associated with a lower probability of developing colorectal cancer.

This habit is connected as a risk factor with several different types of cancer, most notably the lung cancer. Statistically, non-smokers develop colorectal cancer less often, compared to smokers.

Quitting smoking is highly recommended. Cigarettes contain many cancer-causing agents, known as carcinogens. These substances can cause damage to the DNA and impair our organism’s’ ability to repair itself.

Acetaldehyde, a product of alcohol metabolism is a carcinogen. People who drink more than one drink a day are at a higher risk of developing different types of cancer, including colorectal cancer. With more than four drinks a day that risk is increased by fifty percent. Development of colorectal polyps is also associated with heavy drinking.

Some risk factors for colorectal factors can be changed while others cannot. Regardless of the existence or non-existence of the risk factors, statistics show us that this disease is affecting an increasing number of people.